Kris Jenner has admitted she is annoyed that her daughter Kim Kardashian and Kanye West are not married. 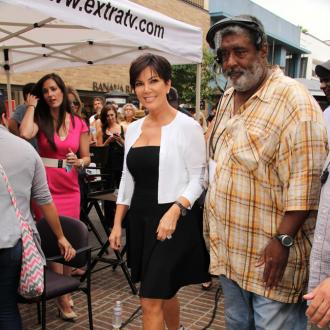 Kris Jenner is annoyed that Kim Kardashian and Kanye West are not married.

The 'Keeping Up With The Kardashians' star admitted she would love if her daughter and boyfriend - who recently welcomed their first child together - would tie the knot and has also tried to convince her other daughter Kourtney to marry her partner, Scott Disick.

''It's so annoying! I'm a little annoyed.

''I think they all think they're Kurt Russell and Goldie Hawn now!

''I've tried to just take a back seat, keep my mouth shut, kind of learn that this is the way they're doing this and I don't know where they got this because I'm very old fashioned that way.''

Meanwhile, it has been claimed that Kanye doesn't want to get married yet because he isn't ready for all of the publicity that comes with being part of the family which found fame on reality TV.

A source told RadarOnline: ''Kanye loves Kim, but just isn't sure about marrying into the family.

''Kim is so close to her mom, and it's no secret that Kris clashes with Kanye, a lot.

''Kanye think Kris will want a big televised wedding. And he's really not up for that. He loves Kim but he hates all the scrutiny that comes from being with her. When the photographers follow him, he flips out.

''Can you imagine him as part of a big televised wedding? It may happen one day but it's definitely not going to be this year and it's going to take a lot of persuading to get him to do it.''