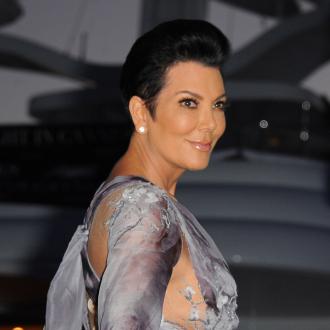 Kris Jenner has broken her silence on Caitlyn Jenner's Vanity Fair cover describing it as ''amazing''.

The 59-year-old momager - who was married to Caitlyn when she was Bruce Jenner for 23 years - has praised the ''beautiful'' star's first photo as a transgender woman and thinks ''it's amazing'' she has followed her dream.

Speaking to 'Extra' at the MailOnline yacht party at the Cannes Lions Festival in the South of France, Kris said: ''I think it's amazing. I think that someone following their dream is truly inspirational to a lot of people ... you have to do what makes you happy.''

The 'Keeping Up with the Kardashians' star had expressed confusion as to why Bruce wanted to marry her in the article in Vanity Fair that accompanied the shoot.

Mother-of-six Kris said in the piece: ''He was married to me and he wasn't who he wanted to be so he was miserable. Why would you want to be married and have kids if this is what you wanted since you were a little boy? Why would you not explain this all to me?''