Kris Jenner: 'Caitlyn and I will work it out'

Kris Jenner says her relationship with Caitlyn Jenner will ''work itself out'' after the former spouses fell out over Caitlyn's Vanity Fair magazine interview. 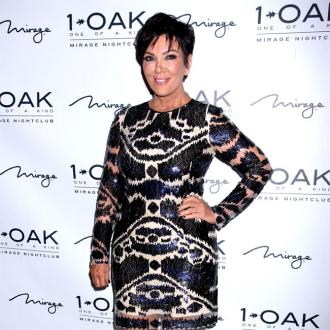 Kris Jenner believes her relationship with Caitlyn Jenner ''will work itself out''.

The exes didn't see eye-to-eye over comments Caitlyn - who made her gender transition earlier this year - made in her infamous Vanity Fair magazine interview, but the Kardashian matriarch insists they are ''still family'' and remain friendly.

She told PEOPLE.com: ''It's good. It's fine. You know, it's a process. I think everything takes a little bit of time. We're still family. We still have kids together. And it will work itself out.''

Kris, 59, confronted her ex-husband about being described as a ''distraction'' in the article on an episode of 'I Am Cait'. However, she admits she hasn't watched it back.

She said: ''I haven't watched it yet because it's hard.''

Meanwhile, Kris' sister Karen recently claimed that the reality star - who has two daughters, Kendall and Kylie, with Caitlyn - is embarrassed by the Olympian's transition.

She said: ''It's still so strange, all of us are trying to adjust to things because it was such a shock. I don't think anyone is used to the fact that this is Bruce. Of course, we all love Caitlyn but I felt so bad for Kris, she was so hurt and is still coming to terms with it. Kris doesn't talk about it much because she finds it embarrassing - I think she's hurt more than anything.

''But my sister is a genius at marketing so she's very good at hiding her feelings. Kris doesn't want the world to think her life is falling apart.''