Kris Jenner: Caitlyn can f**k himself

Momanager Kris Jenner has slammed ex-husband Caitlyn Jenner and told him to 'go f**k himself'. 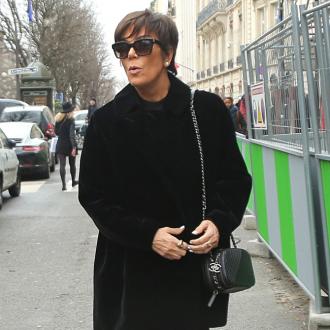 The 'Keeping Up with The Kardashians' star was furious with her ex-husband - who was known as Bruce before he transitioned into a woman earlier this year - after she accused her of bullying her during their 24 years of marriage in her first interview as a woman.

Speaking about the July issue of Vanity Fair magazine during last night's (04.10.15) episode of 'KUWTK', Kris fumed: ''It just sums up that I'm this piece of s**t person who was mean. He can go f**k himself. I honestly wish I never met this man.''

The former spouses married in 1991 and have two daughters together, Kendall,19, and 18-year-old Kylie, but separated in 2013.

And whilst their daughters have supported the 'I Am Cait' star, Kris' daughter Kim Kardashian West, 34, isn't happy with her step-father's comments in the interview.

She told Kris: ''All Caitlyn can talk about is that my mom mistreated her and was awful, and just all these really rude things when there's no reason to bash my mom''

She chipped in: ''Don't discredit all these children that you guys brought into the mix. We don't believe in bashing anybody. We don't bash any parents. I expect her to do the same.''