Kris Jenner is reportedly worried about her estranged husband Bruce Jenner getting closer to his ex-wife Linda Thompson. 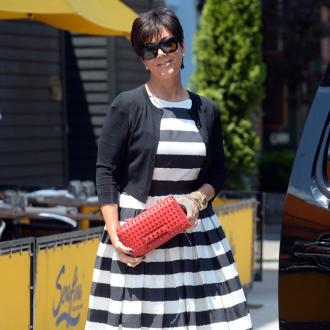 Kris Jenner is reportedly worried about Bruce Jenner getting closer to his ex-wife.

The Kardashian matriarch - who announced her separation from her husband of 22 years last week - still worries about her estranged spouse's relationship with former wife Linda Thompson, whom he divorced in 1985.

A source told National Enquirer magazine: ''It's been nearly 30 years since she and Bruce were married, but Kris continues to bear a grudge. Friends say that, deep down, Kris has always feared Linda would come after Bruce or Bruce would cheat with Linda.''

Bruce, 63, has two sons from his marriage to Linda, Brandon, 32, and Brody, 30, and the former Olympian has reportedly been spending time with his ex-wife since moving into a rental home near her in Malibu after leaving the home he shared with Kris, 57.

The insider added: ''Bruce and Linda have been meeting for afternoon coffee dates and sunset walks on the beach. Kris blew up when she found out, and Bruce didn't deny having feelings for Linda. She's the one person who can drive Kris crazy with jealousy.''

The 'Keeping Up with the Kardashians' stars - who have two daughters together, Kendall, 17, and Kylie, 16 - confirmed their split in a statement last week, but they both claimed they have no plans to divorce.