Kris Jenner ''cried a lot'' after Bruce Jenner told her he is transitioning into a woman. 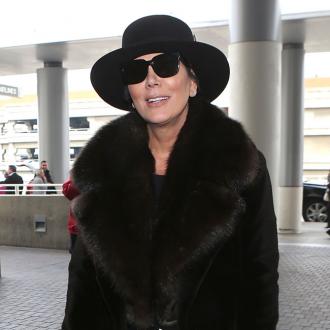 Kris Jenner ''cried a lot'' after Bruce Jenner told her he is transitioning into a woman.

The 59-year-old reality TV star, who split from the former Olympian in late 2013 after 22 years of marriage, was initially blindsided by his decision, but now supports him ''100 percent.''

A source close to the 'Keeping Up with the Kardashians' star said: ''Kris had the most difficult time of anyone in the family. She has had a lot to process. She has cried a lot about this, because it's an emotional thing for her.''

But the talent manager has gotten used to the idea after spending the last few weeks ''looking back at their entire marriage'' and thinks ''a lot of things are suddenly making sense.''

The insider told PEOPLE magazine: ''She's come back around. She has gotten used to the idea. She was most upset because it was the great unknown, but she has really been reading up on things now, so she'll know what to expect. It's really a hard adjustment and a shock, but Kris 100 percent supports [Bruce]. The whole family does.''

Bruce, 65, has given all of his children, including daughters Kendall, 19, and Kylie, 17, with Kris, time to adjust to the idea slowly and has been making gradual changes to his appearance over the past year, including undergoing surgery to reduce the size of his Adam's apple.

The source explained: ''No one in the family feels betrayed or deceived by Bruce. It's not like he woke up one day and was like, 'Surprise!' He moved through his own feelings and his own changes at his own pace.''

Bruce - who is said to be the happiest he's ever been - will discuss his life-changing decision with ABC news reporter Diane Sawyer in an interview set to air in May.