Kris Jenner: Divorce from Bruce was most passive-aggressive thing

Kris Jenner has described her divorce from Bruce Jenner - who has now transitioned into a woman, called Caitlyn Jenner - as ''the most passive-aggressive thing''. 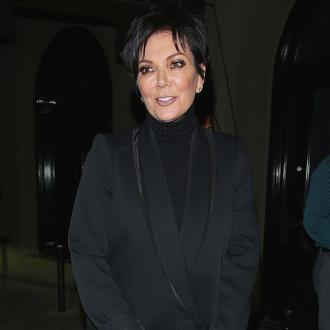 Kris Jenner has described her divorce from Bruce Jenner as ''the most passive-aggressive thing''.

The 59-year-old reality TV personality separated from the former Olympian in October 2013 following 22 years of marriage, and said she was left heartbroken by the demise of their relationship.

Speaking about their split, Kris said it felt like ''the most passive-aggressive thing I think I've ever experienced.''

The 'Keeping Up with the Kardashians' star continued to say she was perplexed by their break-up because Bruce failed to explain his reasons, and felt frustrated when she discovered it was because he wanted to live as a woman as she claims it's something they had never discussed.

She ranted: ''Why would you want to be married and have kids if this is what you wanted since you were a little boy? Why would you not explain this all to me?''

According to the mother-of-six, Bruce - who has now transitioned to a woman and will be known as Caitlyn Jenner from now on - informed Kris of his use of female hormones in the 1980s, but failed to discuss the reasons behind them, and was unaware of his cross-dressing, apart from someone saying it was something he had done in the past.

She told Vanity Fair magazine: ''When I met Bruce, he told me that he had done hormones back in the early 80s.

''This was a conversation that took place in the early 90s. So, what he was telling me happened a decade earlier, and he never really explained it.''

Speaking about his cross-dressing, she only added, ''Somebody mentioned that at one point in his life he liked to dress up.''