Kris Jenner has ''no idea'' whether Bruce Jenner is dating her best friend, Ronda Kamihira, but says they are still ''good friends'' even though she doesn't know what he does ''in his personal time.'' 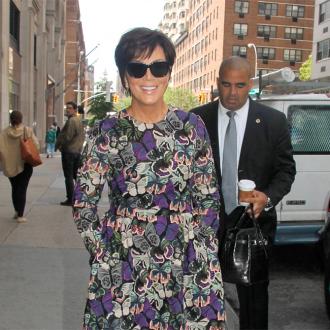 Kris Jenner has ''no idea'' whether Bruce Jenner is dating her best friend.

The 58-year-old reality TV star, who split from the Olympic gold medallist last October after 23 years of marriage, claims she doesn't know if he has moved on with Ronda Kamihira.

Asked about reports her estranged husband is dating her former assistant, the 'Keeping Up with the Kardashians' star told Ryan Seacrest on his KIIS-FM radio show: ''I have no idea what Bruce does in his personal time.''

But Kris insists she and Bruce, who have daughters Kendall, 18, and Kylie, 17, together, are still ''good friends.''

She said: ''He is the greatest guy, a wonderful dad, and he and I are good friends.

''Everybody is very happy. I know I'm in a really good place. And I hope he is too. I hope he's doing his thing and having a good time.''

A source close to Kris recently said she is ''devastated'' that Bruce is romancing Ronda.

The insider said: ''Kris is devastated. This was her former assistant and best friend of 20 years. She's so sad and completely heartbroken.''