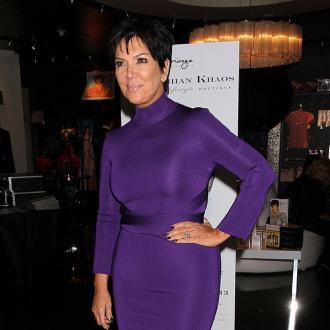 Kris Jenner has hit back at allegations she ''exploits'' her children.

The 'Keeping Up With The Kardashians' star - who oversees the careers of her six children including daughters Kim, 32, Kourtney, 33, and Khloe Kardashian, 28, - admits she feels ''guilty'' and finds it difficult dividing her time equally between all of them but tries to strike a balance between her roles as their mother and manager.

She told US Weekly magazine: ''I feel guilty all the time because I can't be everywhere at once. I feel like I want to be there for everybody, whoever needs me, I just worry about them all.

''One moment I'm talking to Khloe as her mom. Suddenly, she'll turn around and [say]... 'I'm your client and you didn't do this.' I get scolded or, you know, they're not happy about something and I have to fix it.''

The 57-year-old reality TV star earns 10 per cent of her daughter's pay cheques and thinks they are happier when she pushes them to work harder but insists she has never exploited them.

She said: ''My girls are not pansies. But I think everyone needs direction. My family could have said, 'Are you out of your mind?' But everyone was excited!''

Kris also hit back at her critics for accusing her of sexualising her youngest daughters Kendall, 17, and Kylie Jenner, 15 - who are carving out careers in the modelling industry and recently launched their own clothing line - and branded the accusations ''ridiculous''.

She also insists her marriage to Bruce Jenner isn't on the rocks despite constant rumours he is preparing to file for divorce.

She said: ''I've been divorced 17 times. I'm married to the best guy. Bruce lets these things go like water off a duck's back.''