Kris Jenner thinks Kourtney Kardashian will eventually ''work it out'' with ex-boyfriend Scott Disick and says he is like a ''son'' to her. 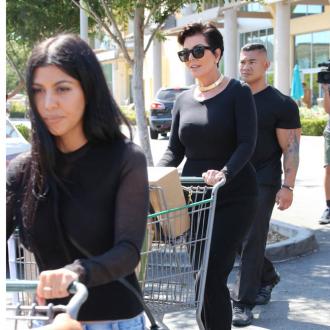 Kris Jenner thinks Kourtney Kardashian will eventually ''work it out'' with Scott Disick.

The 59-year-old star's eldest daughter dumped her partner of nine years in July after he was photographed partying with an ex-girlfriend in the South of France, but she hopes they will rekindle their relationship because he is like a ''son'' to her.

Asked about the on-again, off-again couple, who have three children, Mason, five, Penelope, three, and nine-month-old Reign together, she said: ''Scott is like my son. He came over yesterday. He was on his way over to see the kids. He's a great dad. They've got things to figure out.''

Asked if Kourtney is likely to forgive the 32-year-old star, she added: ''I don't tell her things like that. Because I don't think that's my place. But my kids were brought up to be very forgiving people. My wish is that, you know, they work it out and figure it out and we'll see what happens. He's a great dad and he loves the kids and he loves Kourtney... I love him.''

Scott has spent three short stints in rehab over the past year and continues to spark concern for his welfare, but Kris claims she has never seen him out of control.

She told 'Access Hollywood': ''You know what. I don't see that side, so I don't want to talk about what I don't know. I just know that, you know, they'll figure it out.''