The 58 year-old Kardashian matriarch admitted that "there was so much commotion and excitement," at Kimye's wedding, the absence of the power couple went unnoticed. 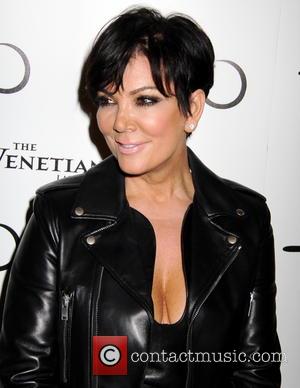 Picture: Kris Jenner - Reality Television Star Kim Kardashian is joined by her family and fiance Kanye West, at Tao Nightclub in Las Vegas as the...

The 44 year-old rapper is considered to be one of West's closest friends, especially since partnering on the 2011 album 'Watch the Throne,' so it was big news when he and his wife boycotted the ceremony.

But not to the Kardashian momager.

"There was so much commotion and excitement, I never really gave that a second thought," Jenner said. "If you had been there, you would have thought that was the last thing on anyone's mind."

However, Jay and Beyoncé did send their well wishes, according to the 58 year-old, who added: "I just assumed they were working."

Despite enjoying a break in the Hamptons with her hubby, and their daughter Blue-Ivy, the 'Halo' singer took to Instagram to congratulate the newlyweds. "Wishing you a lifetime of unconditional love," she wrote alongside a photo from Kim & Kanye's infamous Vogue spread. "God bless your beautiful family."

Although the power couple's reason for not attending hasn't been confirmed, E!News reported it was due to the fact that Rachel Roy would also be there, who supposedly caused the elevator conflict between Jay and Solange at one of the 2014 Met Gala's after-parties last month.

"Given Kim and Kanye's list of celeb friends, surprisingly, they didn't invite that many," a source told E! "They wanted it to be a small and intimate wedding. Jay Z and Beyoncé were invited but didn't come, seemingly to avoid drama from Rachel Roy who was going. In the end, the wedding was full of love and super intimate."

Kanye & Kim married on May 24th in Florence, Italy