Kris Jenner made a sex tape

Kris Jenner made her own sex tape with husband Bruce Jenner to ''spice things up'' in the bedroom. 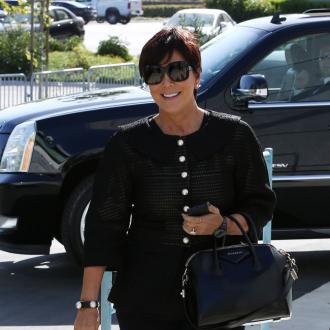 The Kardashian family matriarch's daughter Kim Kardashian was propelled to stardom by an X-rated video she recorded with ex-boyfriend Ray J - which was leaked onto the internet and eventually released as a DVD entitled 'Kim Kardashian: Superstar'.

Kris has now confessed she and her husband Bruce Jenner made their own pornographic movie to ''spice things up'' between them.

In an upcoming episode of 'Keeping Up with the Kardashians' Khloe Karadshian-Odom admits she had sexy photos taken to show her husband Lamar Odom - who she is now estranged from after allegations of cheating and drug use.

Bruce, 63, is concerned by her confession, telling her: ''(To do that) in this family , photos leaking, this and that, look at the problems it's caused.''

Bruce then tries to claim it was an ''exercise video,'' before adding sheepishly: ''It wasn't quite a sex tape.''

Bruce then claims he ''erased it immediately,'' although viewers will have to make up their own minds if they believe him.

It has also long been rumoured Kris shot a sex video with her late husband, Robert Kardashian.

Kim's ex-boyfriend Ray J is thought to have sold the sex tape to Vivid for $1 million in 2007.

Kim - who now has a baby daughter North with her fiancé Kanye West - initially sued Vivid for ownership of the footage but eventually settled with the company for $5 million.