Kris Jenner Admits That, In The Midst Of Her Separation From Bruce, She Regrets Divorce From Rob Kardashian

As her separation from Bruce becomes wider public knowledge, Kris has revealed that she regrets ever letting her late husband go 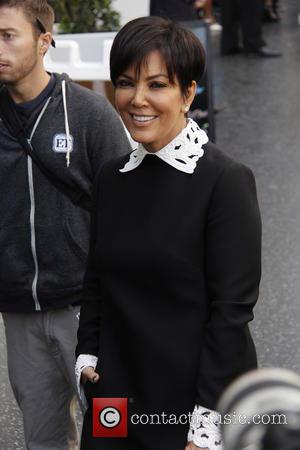 Kris Jenner has been making some unexpected and interesting announcements since her separation from Bruce Jenner was revealed earlier this week. In a recent interview, one that took place before the separation was even announced, Kris revealed that she has led a fruitful life, but still has one regret that she still cannot forgive herself for: divorcing her first husband Rob Kardashian.

Kris was speaking with US beauty magazine New You, which has only just been released but was held before the separation was announced. Kris and Robert got married in 1978 and enjoyed 13-years of matrimony together until 1991, during which time they had four children; Kim Kardashian, Khloe Kardashian Odom, Kourtney Kardashian and Rob Kardashian.

"The one regret, if I had to do it over, would be divorcing Robert Kardashian," she revealed. But don't worry fans of Kylie and Kendall, because Kris remembered that she has two other daughters and added, "But then there wouldn't have been Kendall and Kylie, so that's the way I look at that. I don't have a lot of regrets."

Kris and Bruce announced their separation earlier this year, when the two released a joint statement to E! News stating that they haven't applied for divorce, but they are living in separate homes. Describing themselves as "much happier" with the split, which is believed to have been in place for about a year, the pair said that they plan on remaining good friends for the sake of their family and that their relationship ended without animosity.

The statement also said, "But we will always have much love and respect for each other. Even though we are separated, we will always remain best friends and, as always, our family will remain our number one priority." Who will Bruce go with when he next goes in for some cosmetic surgery?