Kris Jenner reportedly ''flipped her lid'' when she found out her daughter Khloé Kardashian was seeing two men, Lamar Odom and French Montana. 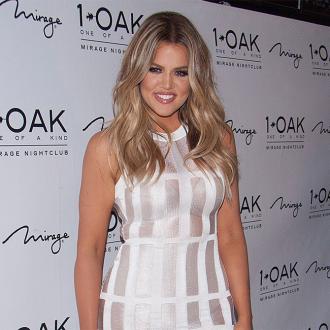 Kris Jenner ''flipped her lid'' when she found out Khloé Kardashian was seeing two men.

The 30-year-old star is rumoured to be romancing both her estranged husband Lamar Odom and her ex-boyfriend French Montana and her mother Kris is reportedly fuming over the news.

A source said: ''Kris flipped her lid recently at Khloé. She has been telling her that it is ridiculous to date both guys and that she is going to mess up everything with Lamar by fooling around with French. Kris still really wants Khloé and Lamar to get back together.''

And Khloé, 30, is believed to be defying the 59-year-old television personality's wishes, which is leaving the matriarch fuming.

The insider added: ''Kris completely expected Khloé to do exactly as she says and since she's not, Kris is really upset.

''She doesn't want Khloé to destroy anything that she could possibly have with Lamar just for French. Kris thought the French relationship was over, but since it's not, she's campaigning to end it.''

However, Khloé is taking a more relaxed approach to everything and is enjoying ''playing the field''.

The source told RadarOnline.com: ''Khloé is loving playing the field right now. Dating French and Lamar on the side is awesome, she says.

''She's really enjoying having so many guys that want her.''