Kris Jenner has been advising Selena Gomez to improve her health and well-being after recently taking over as her manager. 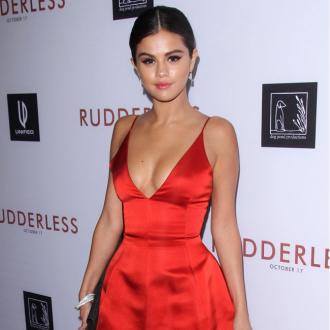 The 58-year-old matriarch, who is thought to be managing the brunette beauty, has advised the 22-year-old singer to improve her stamina and well-being.

A source told the US' OK! magazine: ''Kris wants Selena to harden up her body and get a Kate Hudson six-pack and has signed her up for Barry's Bootcamp, which [her daughter] Kim [Kardashian West] does. ''She's giving her tips and advice on everything from surgery to body hair and Selena's completely in awe.''

Kris and Selena really ''hit it off'' after meeting at Paris Fashion Week last month and the 'Keeping Up With the Kardashians' star has taken the actress under her wing after she fired her mother as her manager in April.

The insider explained: ''She's really stepped into Selena's departing mum's shoes and is mentoring like she was her own daughter.''

The source added: ''[Kris] thinks Selena's got a huge amount of talent and plans on making a ton of money out of managing her.''