Kris Jenner wants Kourtney Kardashian and Scott Disick to tie the knot in a circus-themed wedding. 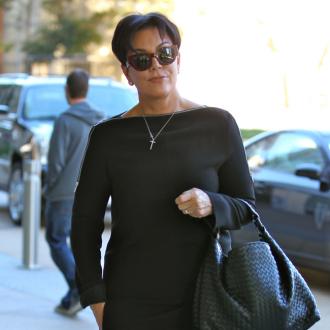 Kris Jenner wants Kourtney Kardashian to have a circus-themed wedding.

The showbiz matriarch is reportedly planning to amp up the drama in the next series of their E! News family show 'Keeping Up with the Kardashians' by organising a bridal ceremony for her eldest daughter to rival her other daughter Kim's glamorous recent nuptials to Kanye West in Florence, Italy.

A source revealed: ''Kris is hoping Kourt's wedding will save their show. She's throwing around crazy idea, like a circus theme with tigers and trapeze artists.''

Kourtney is expecting her third child with her long-term partner Scott Disick - with whom she has Mason, four, and Penelope, 23 months - and Kris, who split from husband Bruce Jenner last October, is hopeful the famously fiery couple's news will push them down the aisle and create great material for their reality show.

The insider added: ''She has suggested that after they announce the wedding date, Kourtney should walk out on Scott. Then he'll have to win her back in time for the wedding. ''

Scott is usually commitment-shy, but apparently thinks the wedding could help him steal the spotlight on the show.

The source told National Enquirer magazine: ''With Kim gone and Bruce [Jenner] halfway out the door, Scott has a chance to be a central star of the show, and that definitely appeals to him.''