Kris Jenner has admitted she was fuming when she discovered her youngest daughter Kylie, 18, had undergone lip injections to plump up her pout without seeking permission from the matriarch first. 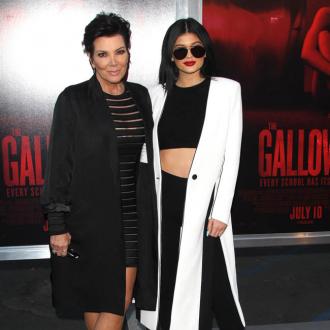 Kris Jenner went a ''little crazy'' when she found out her youngest daughter Kylie had got lip injections.

The 59-year-old matriarch has admitted she didn't give the 18-year-old reality TV star permission to undergo the non-surgical cosmetic procedure to plump up her pout and was fuming when she discovered she'd gone behind her back.

Speaking to 'Access Hollywood' about Kylie's lip procedure, she said: ''I get a little crazy - and I think that is what no one sees - and I do have definite thoughts and ideas on what she should do, you know, at a really young age.''

However, despite disapproving of the brunette beauty's decision, Kris said she had no choice but to move on from the issue because everyone ''makes mistakes.''

She added: ''I got really upset, and then it was done, and I had to let it go. Once that was done, it's just my kid. I love my kid. We make mistakes.''

Kylie was forced to reveal she'd been having temporary lip enhancement injections on an episode of 'Keeping Up With the Kardashians' in May after the #KylieJennerChallenge, which saw young fans attempt to mimic her full-lipped look by sucking on the rim of a cup, went viral.

She said earlier this year: ''I have had temporary lip fillers. It's just something I wanted to do.''