Kris Jenner is worried her son Rob Kardashian is ''going to die'' as he refuses to seek help for his depression. 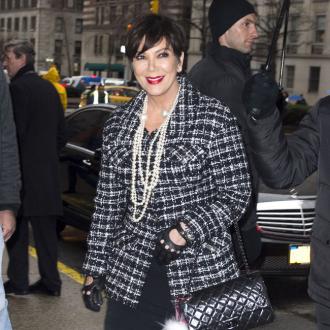 Kris Jenner is worried Rob Kardashian is ''going to die.''

The 'Keeping Up with the Kardashians' star says her 28-year-old son, who is battling depression, has isolated himself from their family and gained 100 pounds over the past year.

In a clip for the show's upcoming episode, which will air on E! on Sunday (05.04.15), the talent manager tells eldest daughters Kourtney Kardashian and Kim Kardashian West: ''If I don't help him do something drastic, he's going to die. I'm just waiting for this horrible thing to happen and there's nothing we can do about it.''

The trio then meet with a medical specialist to discuss how they might be able to get Rob to seek help, but Khloe Kardashian is noticeably absent.

''He took on 'Dancing With The Stars,' he couldn't put two steps together and came in second place. He was someone who was very athletic and he's gained over 100 pounds in the last year.''

The Kardashian family matriarch, 59, also confesses that she finds it very difficult to discuss Rob's issues.

She explains: ''I don't talk about it very much, so it's very upsetting. He doesn't want to participate, he doesn't go out of the house. He's missed Christmas, he missed Kim's wedding.''

Meanwhile, Kim admits Rob rarely speaks to her these days.

She says: ''He obviously has some kind of depression. He is the king of excuses. I'm the only that's really tough on with him so he probably avoids me the most.''