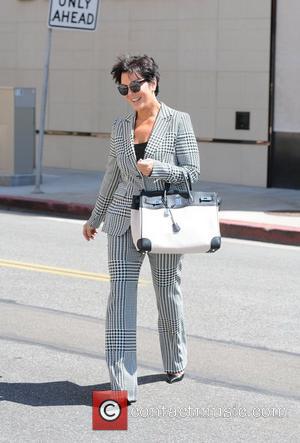 Picture: Kris Jenner out and about in Beverly Hills Los Angeles, California - 07.09.12

Nbc’s ‘Today Show’ came under fire on Tuesday after a segment featuring the Kardashian family matriarch Kris Jenner took precedent over a remembrance for those lost during the terrorist attacks on 9/11
While ABC’s Good Morning America and CBS’ ‘This Morning’ both aired moments of silence at 8.48am – the same time that the first plane hit the World Trade Center – The Today Show’s hosts were deep in conversation with Jenner about breast augmentation. Sigh. In its defence, the network said that it aired other segments about the Sept.11 terrorist attacks, including an interview with a World Trade Center survivor. Show spokesperson Megan Kopf told Politico.com, “The Today show dedicated a considerable amount of time to September 11th coverage this morning throughout the entire show." Nevertheless the move lends credence to the suggestion that ‘Today’ is dumbing down its programming in a bid to topple Good Morning America in the ratings. It was recently beaten by its rival for the first time in 16 years, leaving show bosses no choice but to oust host Ann Curry from the co-anchor job in favour of Savannah Guthrie.
On Tuesday, remembrance ceremonies for the 9/11 attacks took place at the World Trade Center and on the White House lawn.