The 'Keeping Up with the Kardashians' cast get new iPhones every week to help them film their reality show during the coronavirus pandemic.

The 'Keeping Up with the Kardashians' cast get new iPhones every week to help them film their reality show during the coronavirus pandemic.

The famous Kardashian/Jenner family - made up of mother Kris Jenner, sisters Kourtney, Kim, and Khloe Kardashian, and Kendall and Kylie Jenner, as well as brother Rob Kardashian - are currently all quarantining at their respective homes, but have been determined to keep filming their E! reality show.

According to executive producer Farnaz Farjam, a showrunner delivers a new iPhone to each cast member's house on a Monday, which they use to film content for the week before it is picked up and taken to the show's editors, who are working on the episodes for season 18.

Farnaz says the crew were originally planning to shoot the entire season on phones after Kris Jenner made the suggestion, but they changed their minds after realising fans would ''get sick'' of seeing lower quality footage.

The producer explained: ''[Kris suggested], 'What if we just shoot everything ourselves?' But as we [saw it come in], I was like, 'Oh, people are going to get sick of seeing this [poor quality] footage like this.' We needed to get them proper interview spaces [for confessionals].''

And so instead, Farnaz hired a director of photography and a technician to set up tripods in Kim Kardashian West and Khloe Kardashian's homes, who wore hazmat suits and used sanitary wipes to avoid any potential contamination.

Farnaz also spoke about her highlights so far from the upcoming season, and said she can't wait for people to see Kim, 39, handle lockdown with her four kids - North, six, Saint, four, Chicago, two, and Psalm, 12 months - whom she has with Kanye West.

She told Elle magazine: ''[She had] to juggle everything on her own, especially early on, when it was so, so scary. Now people have been quarantining for a long time and have trusted people in their lives to help them out, but in the beginning they didn't have that. Watching Kim juggle four kids will be really relatable. No matter how big her house is, four kids is four kids. It's a lot.'' 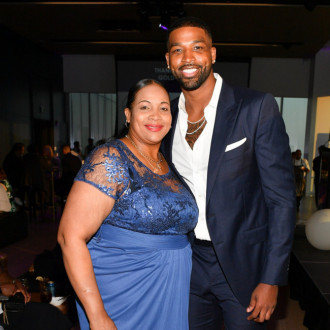