Why Did Kris And Bruce Jenner Separate After 22 Years Of Marriage?

Kris and Bruce Jenner announce that after 22 years, their marriage has come to an end. 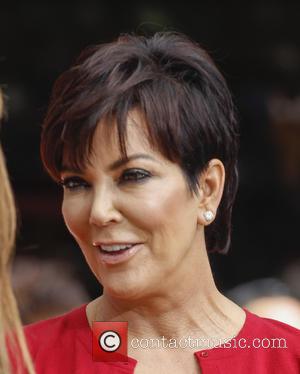 Kris and Bruce Jenner have announced their separation after 22 years of marriage.

The couple released a statement to E!News saying "We are living separately and we are much happier this way."

Adding, "But we will always have much love and respect for each other. Even though we are separated, we will always remain best friends and, as always, our family will remain our number one priority".

It may come as a shock to some due to Kris celebrating her 22nd wedding anniversary on instagram back in April of this year. A photograph of the pair was posted with a caption saying, "Happy Anniversary Bruce!!!! Best 22 years I could ever have imagined...hope the next 22 is even more fabulous...I love you!"

Unfortunately their will not be another 22 years.

The couple, who married in 1991, have two teenage daughters together, Kendall and Kylie, they both also have four children from their previous marriages.

A source also told the gossip website that "It's been coming for a while," adding, "Kris is in a good place about it, she accepted it and is very focused on other aspects of her life. Obviously it is very sad for everyone, but it's no surprise and everyone has had time to adapt to this new reality".

There has been speculation that the marriage was on the rocks for weeks now, with Kris being photographed on several occasions without her wedding ring on in the last several weeks.The couple have also been living apart from time to time in the past, but the family reiterate this didn't play a part in their separation.

Bruce's son, Brody Jenner who starred in MTV'S The Hill's, spoke to Now Magazine recently about his father and step mother's living arrangements "I stay out of their business, but as far as I'm concerned, they haven't split up. Dad's been in Malibu-he grew up out here-and the press has made a big deal of it...It's nothing to do with them breaking up."

The couple living separately can only suggest they wanted space from each other, and ultimately that is what they've found.

Their breakup is just the latest martial problems to surface in their family as it has been speculated for weeks now that Kris's daughter, Khloe Kardashian, could be following in their footsteps by divorcing her estranged husband, Lamar Odom. Bruce and Kris Jenner split after 22 years of marriage