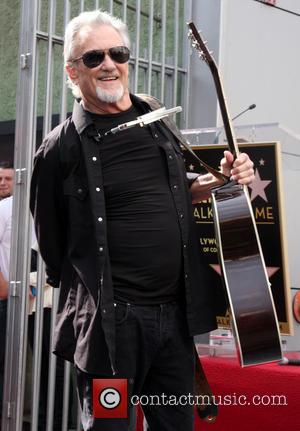 Veteran singer/songwriter Kris Kristofferson heard Janis Joplin's rendition of his Me & Bobby Mcgee tune for the first time on the day she died 43 years ago.

Kristofferson was among the celebrities who paid tribute to the tragic blues singer at her Hollywood Walk of Fame star unveiling ceremony in Los Angeles on Monday (04Nov13), and he performed the track that became her signature at the event.

He also recalled hearing Joplin's heartbreaking rendition of the song hours after learning she had died in 1970.

He explained, "Her producer gave me the record and it was pretty hard to listen to. I was listening to it at my publisher's office where we used to hang out, there was nobody there and I was playing it over and over again just so I could hear it without breaking up.

"It's really hard to say much about the stars and how much they mean; she means so much more to me than a star on a sidewalk."