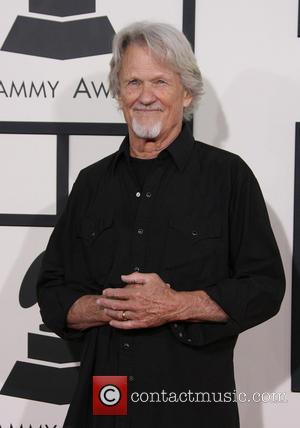 The 77 year old will star as the American leader in Texas Rising, an eight-hour series about the Texas revolution in the 1830s, according to The Hollywood Reporter.

Executive producer Leslie Greif says, "This iconic story and role really needed an American who is able to command the screen and captivate audiences.

"For me, Kris was an obvious choice, there aren't too many actors that are able to embody this character and the stature, strength and liberty to play the part."

He will join a cast which includes Brendan Fraser, Olivier Martinez and Bill Paxton. The show will debut in the U.S. next year (15).