Kristen Bell And Josh Gad Made A Surprise Appearance During A Frozen Fan Event At The Disney D23 Expo In California To Perform Songs From The Blockbuster Film. 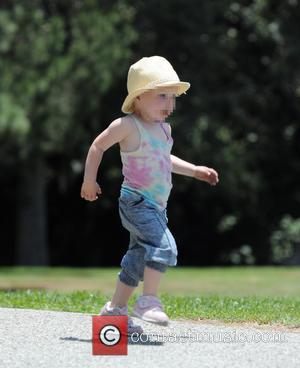 The co-stars headed to the Frozen FANdemonium: A Musical Celebration concert in Anaheim on Sunday (16Aug15) to sing their hits from the 2013 animated film.

Bell joined Agatha Lee Monn and Katie Lopez, the two actresses who play younger versions of her character Anna, for the song Do You Want To Build A Snowman, marking the first time the trio has performed the track live.

Bell also sang For The First Time In Forever, and The Spare, a never-before-heard demo song that was cut from the film.

Gad later came out to sing In Summer hand-in-hand with an actor dressed in costume as his character Olaf the snowman.

Fans were also treated to performances by husband-wife songwriting team Kristen Anderson-Lopez and Robert Lopez, who invited their daughter Annie Lopez on stage to sing the track Fixer-Upper.

To close out the show, all the performers came back onto the stage to perform Idina Menzel's Let It Go with the audience.