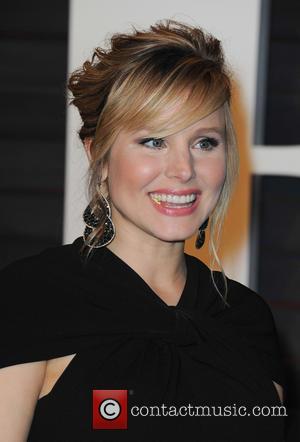 The Frozen star was expecting a single stop pickup when she ordered a car to pick her up, but Bell had no idea she accidentally took advantage of Uber's car pool feature, which saves the user money when other customers book a ride.

Bell took to Twitter.com after she stepped in the Uber vehicle, and wrote, "Didn't know @uber had a carpool option, but my driver just pulled over and said 'gotta pick someone else up.' This should be fun. Come to think of it, i did press 'pool' but i thought it was a fun summer reference. like how @google changes fonts to celebrate holidays."

She continued to detail the uncomfortable situation and added, "No one is talking. this silence is the only thing more awkward than if all of us were talking. #ubercarpool... If I'm not home in 10 minutes pls call the police and tell them i was last seen in a honda accord with 2 male mutes."

However, Bell at least got some entertainment out of the ride, as she described one of the passengers' "pretty impressive" rendition of Bon Jovi's Living' On A Prayer, and posted a photo of a man they passed by in the car wearing either a "bulletproof vest or half a star wars costume".

Luckily, Bell arrived to her destination in one piece, and concluded, "Alright I'm pulling up safe and sound. Thank you for the ride, emanuel. it was full of surprises."