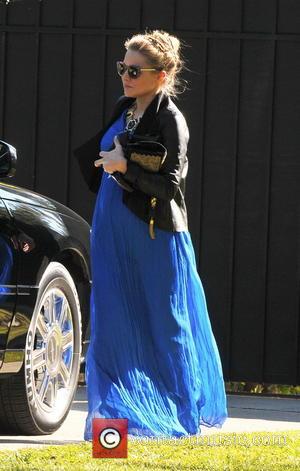 New mum Kristen Bell, James Van Der Beek and John Legend's fiancee Chrissy Teigen are among the stars who have been honoured by Us Weekly magazine at the Hot Hollywood Style Awards.

Each year editors at the U.S. publication select the best-dressed celebrities in the business, and now 17 stars have been celebrated for their fashion sense, among them actress Bell, who was named The Minimalist after insisting she likes to keep her looks "simple".

Former Dawson's Creek star Van Der Beek, who looks to his wife for advice, was branded The Guy's Guy and model Teigen earned the crown for The Subtle Siren.

She says, "I want to look classy, but sexy. If I go shorts on the bottom, I try to have a billowy stop."

Actress Mindy Kaling, who loves "colour, rhinestones and patterns", earned the title of The Bold One and former Scrubs star Sarah Chalke was named The Accessories Ace, explaining, "My favourite thing is to explore vintage flea markets for jewellery."

Others to make the list included The Office's Ellie Kemper and The Big Bang Theory's Johnny Galecki.