Kristen Bell joked that her husband Dax Shepard should ''have his tubes tied'' so the pair have no chance of having any more children. 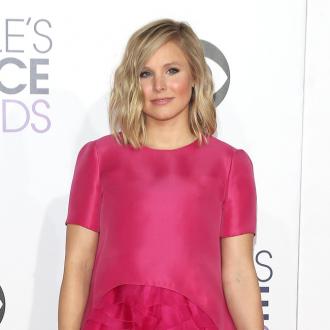 Kristen Bell has told her husband to ''have his tubes tied''.

The 'Veronica Mars' star - who has two children: 23-month-old Lincoln and two-month-old Delta with Dax Shephard - has insisted she doesn't want anymore kids and joked that her spouse should undergo a vasectomy to make sure it doesn't happen.

''No, I don't want to be outnumbered! I think we're stopping at two. I'm not even sharing a soda with Dax until he gets his tubes tied!''

The 34-year-old actress admitted she had worried about becoming ''crotchety'' and not being a ''fun'' parent before she had her two children but Dax, 40, put her mind at ease.

Speaking in the new issue of Natural Health magazine, she said: ''Before we had kids, I'd say to Dax, 'I don't want to be like those people.'

''I saw a few parents I didn't envy and was terrified I'd become crotchety and close-minded like them.

''And he said, 'Those people had bad personalities before they had kids.' Which is maybe the best point ever made. I was like, 'You're right! And we're fun, so let's stay fun.'''