Kristen Stewart and Robert Pattinson have been named Hollywood's Highest-Grossing Romantic Couple, in a new list compiled by Forbes magazine. 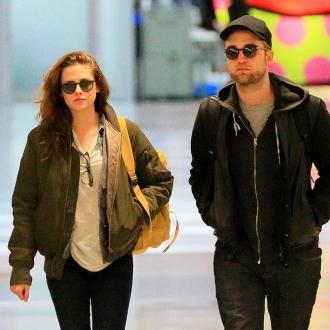 The 'Twilight' pair may have split up in real life, but their on-screen

romance saw them generate $1.17 billion at the box office over the last three years, to top the Forbes poll.

The number crunching organisation points out that Robert and Kristen have an advantage over other couples as they have starred in three movies together in that time, but other stars did well.

Channing Tatum appears twice on the list. Firstly in second place for his team up alongside Rachel McAdams in 'The Vow', which earned $125 million in the US, and $191 million in total.

Channing also appears at number six on the list for his turn with Amanda Seyfried in 'Dear John' which took $80 million in the US and $115 million at the worldwide box office.

Robert also makes a second showing on the list, for his appearance in 'Water for Elephants' with Reese Witherspoon, which is at ninth on the list.

Forbes compiled its list by taking the top-grossing romantic movies as classified by Box Office Mojo over the past three years and added up each couple's total U.S.box office.