Robert Pattinson's past and reported current girlfriend, Kristen Stewart and Riley Keough, reportedly had an awkward encounter at a Hollywood gig. 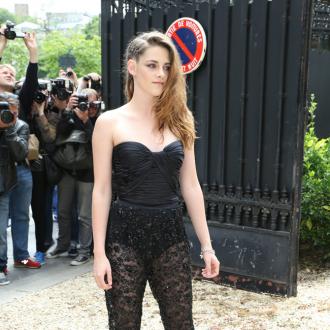 Kristen Stewart and Riley Keough had a ''tense'' run in at a Hollywood concert.

Robert Pattinson's past and reported current girlfriend both attended the Joan Jett gig at the House of Blues in West Hollywood on Thursday (01.08.13) and although the 'Runaways' co-stars chatted briefly, friends admitted it was awkward.

A source told HollywoodLife.com: ''It was weird when they saw each other, because Kristen didn't look very happy when she walked over to give her a hug.

''They spoke for like two minutes and then Riley and her girlfriend walked away. Kristen watched the show from upstairs and I am pretty sure Riley kept her distance and was watching from downstairs.''

It was recently claimed Robert is smitten by Riley, who is Elvis Presley's granddaughter and the new couple love to spend time at home together, rather than attending Hollywood parties.

A source said: ''Rob and Riley are having a really great time together, event though it's very early. There is an attraction to each other. They just get each other.

''Rob thinks Riley has a cool level head and is not impressed by stardom at all. Rob just loves that about her.

''He loves that she'll go into his kitchen for like 10 minutes and come back with a delicious plate of pasta. They just do typical stuff that has pretty much started all his relationships. They get into debates about politics, human rights, things they had read in the papers that morning.

''She's pretty good on the piano and he'll often pull out his guitar and they'll have a mini jam session, making up silly songs and funny limericks.''