Kristen Stewart has admitted she hates being called ''intimidating'' because she'd gladly have a conversation with anyone. 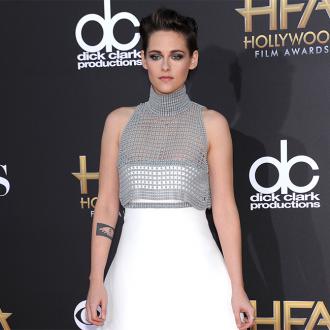 The 'Twilight' star has admitted she finds it frustrating that people consider her to be ''unapproachable''.

She shared: ''When I hear that people are intimated by me or think I'm reposed or unapproachable, I hate it. I'm always like, 'Dude, come up, say anything to me, I would love to engage with you.'''

Thinking more philosophically, she added: ''Most people find emotion or overwhelming feeling to be a weakness and I think that if you just own it, and you can live in it, you can utilise it and grow and be better.''

The 25-year-old beauty also opened up about the progression of her 'Equals' co-star Nicholas Hoult from child star to fully-fledged actor.

She added: ''As a kid [in the film industry], people usually capitalise on this innocence and so as you get older, it gets old so it kind of becomes a little stale. It's remarkable if you can keep that.''

And in regards to herself, Kristen also feels her life experience and age has helped her perform better as an actress.

She told Vanity Fair magazine: ''If I had done this movie at 18, I could have projected those feelings because they're inside of you when you're born. That's all of your instincts to want to couple; you have these ideals. And I think I probably would have idolised the movie and made it more ambiguous and less romantic.

''But the point of this movie is to show how deeply you can fall and how sure you can be about something and then how that grows and changes, how your ideals can be shattered but that doesn't lessen the beauty. Life is hard!''