Kristen Stewart and her 'Equals' co-star Nicholas Hoult bonded over their failed relationships with Robert Pattinson and Jennifer Lawrence respectively. 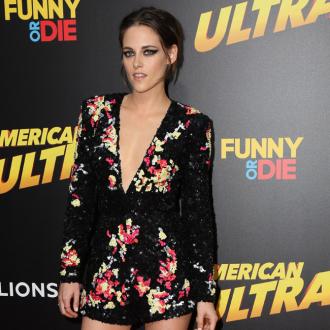 Kristen Stewart bonded with Nicholas Hoult over their failed relationships.

The 'Twilight' actress has revealed she and her 'Equals' co-star formed a good friendship as they dealt with their high profile splits from Robert Pattinson and Jennifer Lawrence respectively.

She said: ''It was incredibly painful. Ugh, f***ing kill me. It was a really good time for both of us to make this movie. Not all of my friends have been through what I've been through, or what some people have tasted at a relatively-speaking young age, and we were not expected to do anything. Everything that we did was explorative, and a meditation on what we already knew.

''We all felt akin by how much we've been through, and to utilize that is so scary. And to acknowledge it, reassess, and jump back into it? Usually you want to move on. But at least we could use some of that for some good.''

And the 25-year-old beauty has admitted filming for the science fiction movie acted as a ''meditation'' for the pair.

She added to the Daily Beast: ''This movie was a meditation on firsts, and a meditation on maintaining, and a meditation on the ebbs and flows of what it's like to love someone - your feelings versus your ideals, the bursting of bubbles, the shattering of dreams you thought were possible, and what you have to contend with as things get more realistic. Relationships, you just never f***ing know.''