'Twilight's Kristen Stewart has been named the most talented young actress in the world under 30 in a poll compiled by DVD rental firm LOVEFiLM. 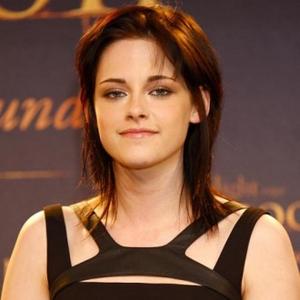 Kristen Stewart has been named the most talented young actress in the world.

The 20-year-old actress - who is best known for her role as Bella Swan in the 'Twilight Saga' - topped a poll compiled by DVD rental firm LOVEFiLM to find the best actress under 30, beating 'Brokeback Mountain' star Michelle Williams,29, and 'Alice in Wonderland' newcomer Mia Wasikowska, 20, into second and third place respectively.

Helen Cowley, of LOVEFiLM, said: "It's hugely impressive to see such a young list of actresses making their mark this year.

"Top star Kristen is a shrewd judge of roles, with some clever career choices in recent years, so it'll be interesting to see which direction she goes in."

Kristen rose eight places from last year's number nine to clinch her victory, taking 2009's crown from 'Devil Wears Prada' starlet Anne Hathaway - who fell out of the top ten to number 18 in this year's list.