Kristen Wiig 'Lost' Without SNL In Her Life, Excited For Anchorman Sequel 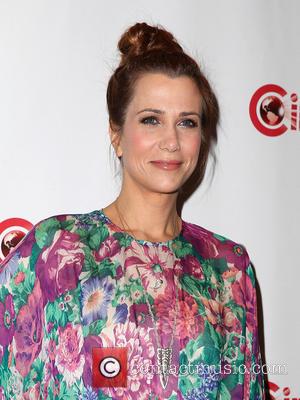 Kristen Wiig Lost Without SNL? Kristen Wiig has more than the obvious reasons to be excited about starring in Will Ferrell’s new Anchorman film. Aside from the fact that it will be a ton of fun to film, is pretty much guaranteed to be a hit and will make her a bit richer, it… well, it gives her something to do. Since she left Saturday Night Live, the Bridesmaid star reveals, she has struggled with the different pace that her life has taken; being away from New York, and not working on the same project six days a week with people that came to be her friends.

“The show was seven years of my life and a six-day work week and you’re constantly with your friends all day, all night.” Wiig explained. “You sort of live and breathe the show,” she continued. “Then, when it’s over, you kind of feel a little lost… it was definitely an adjustment - even just the hours and [no longer] being in New York.”

Luckily for her sanity, the Bridesmaids star is soon to start filming Anchorman: The Legend Continues. She’s pretty excited about the prospect too, by the sounds of it: “I’m leaving in a few days to go film that. I’m so excited!” she said. “I hope I can get thru the scenes without ruining it by laughing! I’m so excited. Kristen Wiig - a little lost without SNL. So lost, she just stumbled through her grandma's wardrobe...