Kristen Wiig would love to tackle a ''dramatic'' role, though her ''heart lies'' in comedy. 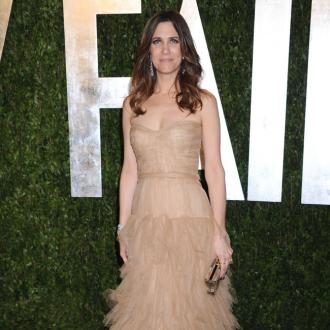 Kristen Wiig would love to tackle a ''dramatic'' role.

The 40-year-old actress is mainly known for her work in comedy, and while she doesn't think being pigeonholed is a ''bad thing'', she would also like to branch out and do new things.

She said: ''It's not necessarily a bad thing. You have to have some sort of context for a person to register in your brain, and I was introduced to the world as a cast member of 'SNL'.

''But I've always wanted to do dramatic stuff, to write and direct, do a lot of different things. Comedy is where my heart lies, but there's also something really satisfying about being able to step away with a small crew, become a character and get to know her for a few months at a time.''

Kristen's next role, as a lottery winner with borderline personality disorder who stops taking her medication and starts a talk show in 'Welcome to Me', sees her take on a new challenge - getting ''fully naked'' on screen.

She added in an interview with America's ELLE magazine: ''I'd never read a character like that.

''I got to a scene where it read, 'She's fully naked,' and I remember thinking, 'If I do this movie, I have to do this scene, because it's really important to this script.'''