The former Laguna Beach star is all grown up now. 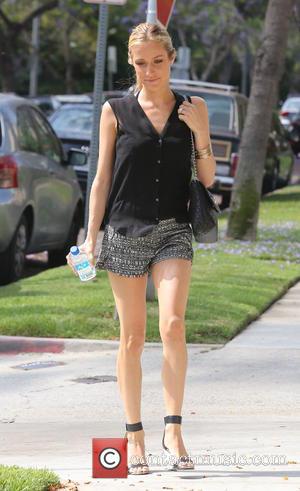 Attention diehard Laguna Beach fans – Kristin Cavallari is now a missus, after she tied the knot with Chicago Bears QB Jay Cutler. Yesterday, TMZ reported that the couple had purchased a marriage license in the great state of Tennessee. This comes as no surprise, since Jay began his career in Nashville, playing for Vanderbilt.

The pair have had a long and storied (and often tense) relationship so far. They were engaged once before, in April of 2011, but that try didn’t work out and the pair called it off in July. Then, just a few months later, the engagement was back on, which probably had something to do with the following announcement that Kristin had a bun in the oven, which happened in January 2012. The couple’s son, Camden, was born right on cue, in August. Cavallari even appeared on the reality baking competition Cupcake Wars to find the perfect cupcake display for her baby shower.

It looks like these two won’t need a third try, since the second one was the charm for them. Later in the day yesterday Kristin instagrammed a photo of a pair of wedding rings, captioned "Im officially Kristin Elizabeth Cutler!!!!!" And well, that many exclamation marks can only mean good things for their future. Congratulations to the happy couple, or should we say, the happy family. The pair were previously rumored to be planning a July wedding. The LA-based pair surprisingly chose to exchange vows in Tennessee.