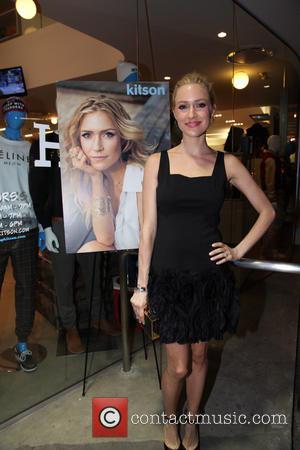 Kristin Cavallari stunned the celebrity world this week by revealing her fiance - the Chicago Bears quarterback Jay Cutler - sealed their engagement by sending her ring through the post. The Hills star told E! News that the NFL star actually proposed via text too, before popping the diamond ring into a nice little envelope.

"It was so silly. I was in the airport, leaving Chicago. We had just spent however many days together and we were texting and somehow it came up, like, 'Oh, shall we get married?' We're like, 'Yeah, OK.' And then he sent my ring in the mail," she said, adding, "So I actually had my ring sitting at home for a couple of weeks before I put it on." Cutler is hardly the most popular football star in the NFL anyway and he took his fair share of criticism on Twitter this week for his less than storybook marriage proposal. Cavallari felt it right to defend her husband-to-be on the micro-blogging site, angrily posting, "Stop bashing jay. He proposed in Cabo. Stop believing headlines...u have no clue. They take 1 piece of an interview to get ppl talking."

We're not sure why Kristin is slamming innocent Twitter users for 'believing headlines,' given that she kind of said he proposed via text and kind of sent the ring through the post?