Kristin Cavallari ''knew right away'' that she wanted to spend the rest of her life with Jay Cutler and says they fell head-over-heels in love on their second date. 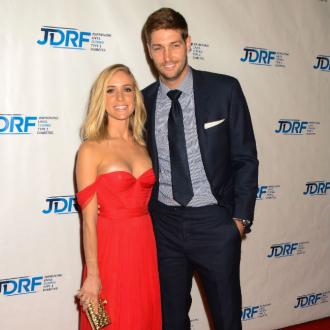 Kristin Cavallari ''knew right away'' that Jay Cutler was ''the one.''

The 28-year-old reality TV star, who is expecting her third child with her Chicago Bears star husband, says they fell head-over-heels in love on their second date.

Asked when she knew he was the man for her, the blonde beauty told fans during a Twitter Q&A hosted by Revlon and Cosmopolitan: ''The 2nd time I ever hung out w Jay we decided to go to Nashville last minute. And had the best 24hrs! It was the most fun I've ever had.

The couple, who have sons Camden, two, and Jax, 13 months, got married in 2013 after calling off their engagement in 2011 and the former 'The Hills' star hinted fame was to blame for their brief split at the time.

She said: ''The pop culture world was all new for Jay. So paparazzi bothered him (still does) and it took a lot of adjusting. He wasn't used to ppl.... Which can put strain on a relationship unless u have a really solid foundation (sic).''

Despite being very happy together, Kristin claims she and Jay, 32, are ''pretty boring'' when it comes to date nights.

She tweeted: ''We're pretty boring and make dinner at home. But wait to eat until after the kids go to sleep so we can connect... Light candles and put phones away. Take a bath (doesn't even have to be sexual..or it can!) but it's all about talking and connecting since we're both so busy and are always with the kids which makes it hard to have a real conversation until after [they're] in bed.''