The actress was recognised for her career on stage and screen during the ceremony on Friday.

‘Glee’ actress Kristin Chenoweth was overcome with emotion on Friday, when she was recognised with a star on the Hollywood Walk Of Fame. The honour was presented on the actress’ 47th birthday and just hours before she attended the premiere of her new Disney movie The Descendants. 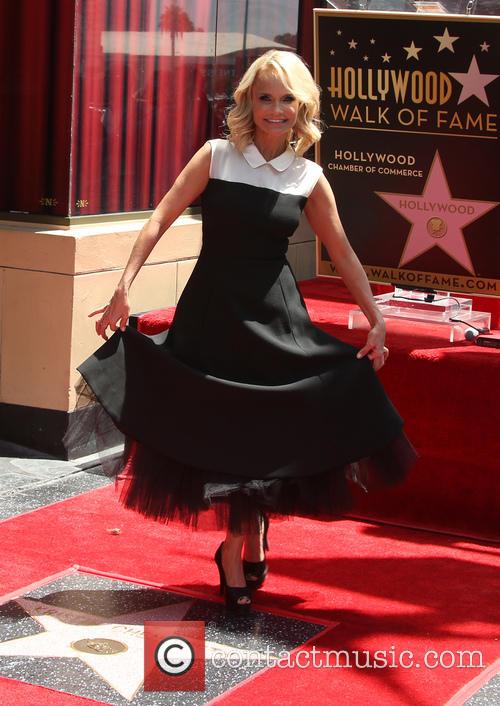 Kristin Chenoweth now has a star on the Hollywood Walk Of Fame.

Kristen had to wipe away tears when she accepted the honour, which was presented by her longtime friend and mentor Carol Burnett. "I adore this girl," Carol said introducing the actress.

"I can't believe that all this talent can be in this teeny little package. Let me just say this...if I had my show today...I would want Kristin to be on every single week with us. Well I'm going to say I'm her number one fan,” Carol added.

“And I'm thrilled for her today, what a triple whammy, I mean the premiere tonight, the birthday, getting this honour. And it couldn't happen to a more talented or adorable person.”

Pint-sized Kristen wore a beautiful black dressed with a white collar from the ceremony, as well as a pair of platform heels. Celebrating the honour, the actress posed for photographer as she laid on her newly unveiled star on the Hollywood landmark.

More: See All Our Pictures From Kristin Chenoweth’s Walk Of Fame Ceremony

Kristen’s career began in the theatre where she first gained recognition after starring in an off-Broadway production of Animal Crackers in 1993. Six years later she won a Tony Award for her role as Sally in You're A Good Man, Charlie Brown. The actress has also enjoyed success on the small screen with roles on series such as ‘The West Wing’ and ‘Glee’.