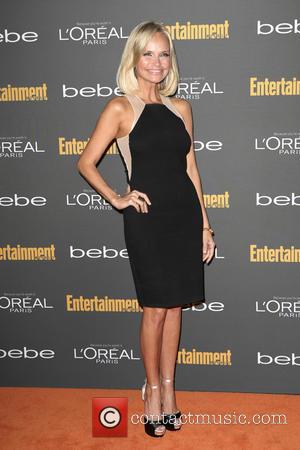 Actress and singer Kristin Chenoweth has a new man in her life after taking Kevin Spacey's film producer pal to Matthew Morrison's Halloween party as her date over the weekend (26-27Oct13).

The petite blonde joined her former Glee co-star Morrison for his annual masquerade soiree at Hollywood hotspot Warwick on Saturday (26Oct13) and she openly kissed and cuddled with Dana Brunetti, a producer on the upcoming film adaptation of Fifty Shades of Grey.

Chenoweth, who has been single since splitting from U.S. reality star Jake Pavelka in February (13), attended the bash dressed as a Swat (Special Weapons and Tactics) team member, while the industry executive, who heads up Spacey's Trigger Street Productions firm, donned a Star Wars Stormtrooper outfit, reports Eonline.com.

Brunetti wasn't the only guest drawing inspiration for his costume from Star Wars - actor Chris Colfer went as R2D2.