Kristin Chenoweth's duet with Sarah Horn: is it too good to be true? 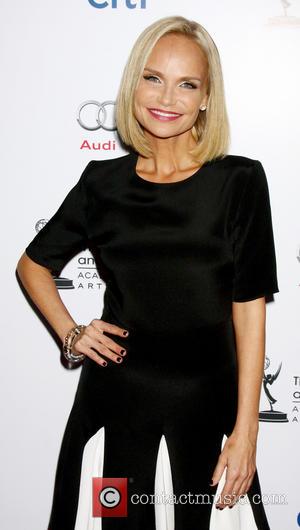 Kristin Chenoweth's duet with an apparent randomly picked audience member at the Hollywood Bowl has gone viral, racking up some 2.3 million views on YouTube.

Performing on-stage, Chenoweth suddenly began wandering through the audience asking if anyone knew the song 'For Good' from the musical Wicked. Up went a hand - Sarah Horn, from California. The thing is: Sarah works as professional vocal instructor at California Baptist University in Riverside, California.

In the video, Chenoweth seems a little startled when discovering what Horn does for a living, though is downright astonished when she starts singing. "Oh sing it, sing it," she says beaming, before yelling "Holy crap, harmony!"

The cynics amongst us have suggested Horn could have been an audience plant, though she denied it when recalling her remarkable experience for BroadwayWorld.com,

"When she had planted me in my spot next to her, I remember bringing the microphone to my lips and breathily quivering, "I'm on stage with Kristin Chenoweth," still in complete shock. Insert audience laugh here.

She asked me if I did musical theatre and if I liked it, to which I said yes, and asked what I do for a living. I told her I was a voice teacher to which she responded by calling me a "real hero" and giving me a hug. She's got a strong, hearty hug for such a tiny person."

Horn added, "Paul Geller, Production Director at both the Hollywood Bowl and the Walt Disney Concert Hall pulled me aside afterward. He said that the production staff is very picky about the quality of performers that they allow on their stage and that what was produced in that song was better than anything they could have planned. He took down my contact information because at some point during the last three songs, he got a phone call from the LA Times wanting to know if I was an audience plant and asked my permission to pass on my contact information for them to speak to me directly, if needed."

What do you think about Sarah Horn and Kristin Chenoweth's duet? Was it completely random?