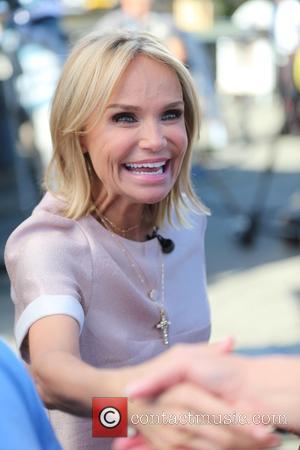 Kristin Chenoweth has come clean about the lighting rig accident that almost ended her career in 2012, revealing she played down the seriousness of her injuries.

The actress/singer was knocked out on the set of Tv drama The Good Wife when she was hit by falling scaffolding.

Chenoweth suffered "a skull fracture, rib issue, neck issue and a hip issue", but put on a brave face during interviews following the accident, assuring fans she was recovering well.

But now, two-and-a-half years after the drama, Chenoweth reveals she's still recovering and wasn't honest about her condition.

Answering a concerned fan's question about her health in a Reddit.com webchat on Monday (02Feb15), the star wrote, "I had a head injury, and I have a bad neck. Head injuries are interesting, because you can't really explain... why time isn't the same.

"Looking at a script is different for me now. I have photographic memory, and it's coming back, but imagine being unplugged, and then plugged back in. (I) never had anxiety before. I'm very transparent here, I think it's important for people to know. So I'm dealing with anxiety for the first time in my life. And so personally, that has made me sad. I never had that. I used to think that people who had anxiety, it was possibly made-up? I didn't have that empathy. I do now.

"It (accident) changed my view on what's important in life. I love what I do. I can't do anything else, I don't know How to do anything else. But really what's important are my family and my friends... and being the kind of artist I want to (be). And sometimes that doesn't mean taking the big money jobs, sometimes it means no money, but thankfully, I'm in a position to get to do that.

"It was... the scariest thing that's ever happened to me. Also, I downplayed it a lot when it happened."