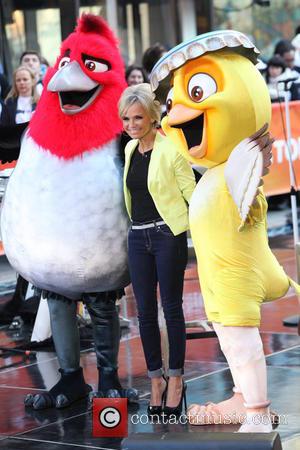 Actress Kristin Chenoweth is struggling through her promotional appearances for her new film Rio 2 after coming down with strep throat and bronchitis last week (ends04Apr14).

The Glee star was in bed over the weekend (04-06Apr14), trying to overcome the sicknesses.

In a Twitter.com message on Friday (04Apr14), she wrote, "I have constant sore throat and chest cough. I'm done!!!! Doctor Korovin is gonna have to fix me up... Strep and coughing from chest isn't fun. Goodnight xo."

She added, "The only good thing about being stuck in bed is starting GameOfThrones. Now addicted."

However, the actress, who is known for her high-pitched voice, has been promoting the animated movie this week (07Apr14) and reveals her health has improved.

She tells U.S. breakfast show Today, "My voice has never been lower."