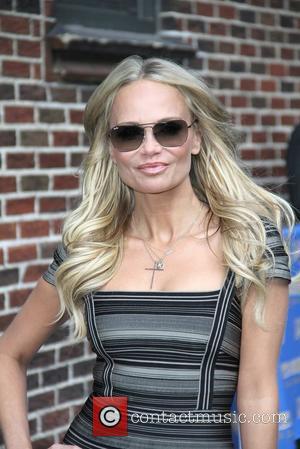 Kristin Chenoweth, the Tony Award winning actress, returns to prime-time television this week, playing the Botox-injecting religious blogger Carlene Cockburn in 'Gcb'. However, during a brief chat about the show with Reuters, the actress let slip plans for a rather more high profile project.
Kristin was pushed on rumors that she is to play country music legend Dolly Parton in a forthcoming musical, written by the musician herself, and said, "Yes, that's true and I would love to play her. She's such an amazing entertainer and such an amazing person who has a great story to tell. I could see me doing that for sure". Of course, Kristin would have no difficulty tackling the songs of Dolly, having recently released a country album 'Some Lessons Learned', featuring songs by the '9 to 5' singer, as well as Diane Warren and Lady Antebellum singer Hillary Scott. Speaking about her new character in 'Gcb (Good Christian Belles), Chenoweth explained, "She's based on an amalgam of women. Some I grew up with, some I went to church with and some who I might be related to. She has a big heart and wants everyone to get along, but she fights it within herself. That is a demon that a lot of people can understand".