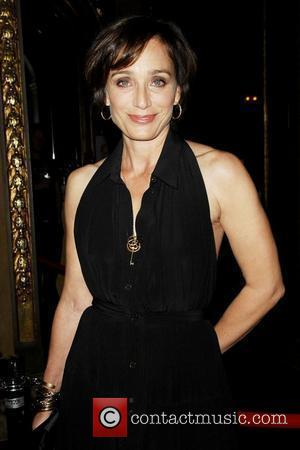 British actress Kristin Scott Thomas has pulled out of a planned run in a production of A LITTLE NIGHT MUSIC after injuring her foot.
The Four Weddings and a Funeral star was due to take on a role in Stephen Sondheim's musical at the Theatre du Chatelet in Paris, France.
But Scott Thomas has quit the production after she was sidelined with an unspecified foot injury, according to Variety.com.
The actress, who was due to begin her run in the show in February (10), has reportedly been replaced by English actress Greta Scacchi.
Catherine Zeta-Jones and Angela Lansbury are currently starring in another production of A Little Night Music on Broadway.