Kristin Scott Thomas, one of the world's finest actresses, will play The Queen in London's West End.

Kristin Scott Thomas has been confirmed to play The Queen in a revival of Peter Morgan's classic stage play The Audience. The Oscar-nominated actress, 54 - one of the world's finest - will play the monarch at London's Apollo Theatre next year. It's an all-star collaboration, with Stephen Daldry - the man behind Billy Elliot the Musical, The Hours, The Reader and Extremely Loud and Incredibly Close - directing the new production. Tickets will go on sale today priced from a very reasonable £22.50, with the play due to begin production on April 21, 2015.

"For sixty years Elizabeth II has met each of her twelve Prime Ministers in a weekly audience at Buckingham Palace," the official synopsis reads.

More: Helen Mirren will play The Queen on Broadway, with Daldry directing

"Both parties have an unspoken agreement never to repeat what is said, not even to their spouses. The Audience imagines a series of pivotal meetings between the Downing Street incumbents and their Queen.

"From Churchill to Cameron, each Prime Minister uses these private conversations as a sounding board and a confessional - sometimes intimate, sometimes explosive. Steven Daldry will be directing the new production

"In turn, the Queen can't help but reveal her own self as she advises, consoles and, on occasion, teases. These private audiences chart the arc of the second Elizabethan Age, from the beginning of Elizabeth II's reign to today.

"Politicians come and go through the revolving door of electoral politics, while she remains constant, waiting to welcome her next Prime Minister."

According to the Independent, it is believed that Morgan will be re-writing The Audience to include Tony Blair, who did not appear in the original. The writing team will also be keeping a close eye on the upcoming general election in order to reflect the outcome. Further casting details are yet to be announced.

Helen Mirren famously played The Queen in the original play, going on to win an Oscar for her role in the big-screen adaptation. 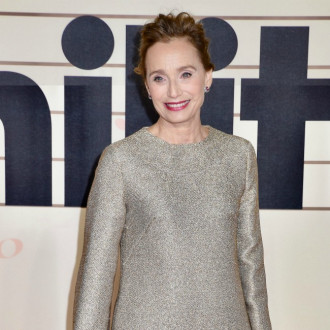 Kristin Scott Thomas is working on her directorial debut