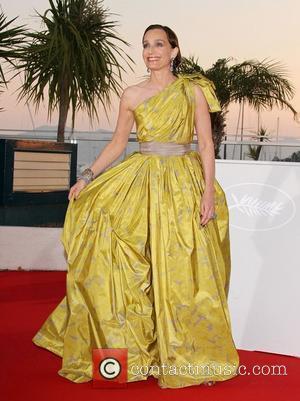 Kristin Scott Thomas prefers making films in France because she's convinced movie bosses in her native Britain are too "terrified" to cast older women in leading roles.
The English Patient star was born in Cornwall, England but has gained French nationality since moving to the country when she was a teenager.
And the 50 year old admits she has become disillusioned with the British film industry, where mature actresses are snubbed in favour of younger stars.
Scott Thomas tells Easy Living magazine, "I think it's because England tends to follow America so strongly or they're making films for children - and when I say children I mean anyone under 25. I'm really getting evil in my old age!
"French cinema is not afraid of women of my age. I think it's less terrified of disobeying the rules of what is beautiful and what is acceptable to look at...
"In fact, strangely, I feel much more confident about my appearance now, even with wrinkles on my face, than I did when I was 25. Which is bizarre, isn't it? If one could preserve oneself at 45 then I think that would probably be ideal - but you can't. Unfortunately lots of women try to do just that and that's where they come a cropper (fail) because it doesn't really work, does it?"