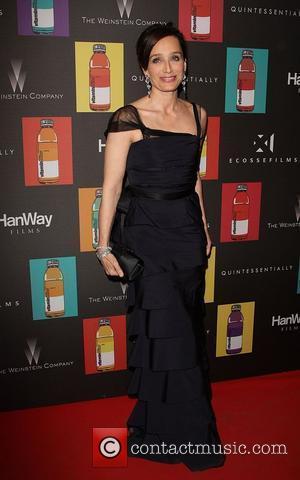 Actress Kristin Scott Thomas breathed a sigh of relief when she met Prince Charles for the first time, because the British heir had forgotten she had once portrayed his on-screen wife.
Scott Thomas starred alongside Hugh Grant in 1994 comedy Four Weddings and A Funeral, and, after being spurned by her leading man, her character, Fiona, finds love with Prince Charles, the Prince of Wales.
She feared the satirical scene would come back to haunt her when she had the opportunity of meeting the real British royal at an event last week (ends15May09) - but she was thrilled to find he had no recollection of their movie romance.
Scott Thomas tells the New York Daily News, "The film was such a long time ago, I think he's forgotten completely."