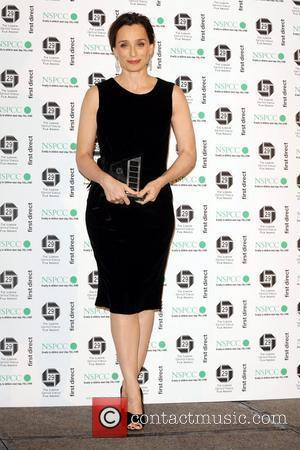 Kristin Scott Thomas was baffled when Kate Winslet won a Golden Globe for THE READER - because her part was too big to be recognised as a supporting role. Scott Thomas has criticised the decision to honour the Titanic star with the award for Best Supporting Actress, insisting the gong should have gone to one of the other nominees.
She says, "I didn't get Kate Winslet as supporting actress at all. I thought the whole thing was rather odd really - it seemed to be incredibly unfair to the other actresses because (Winslet's part) just wasn't a supporting role.
"I don't really think they should have allowed it."
Scott Thomas is pitted against Winslet at the BAFTA Awards in the U.K. on Sunday (08Feb09) - where both stars are nominated for Best Actress prizes.