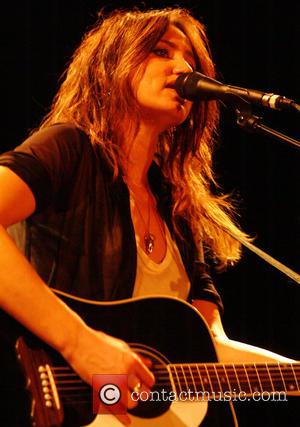 Scottish singer KT Tunstall has thrown her support behind plans to stage a 24-hour Twitter strike in a bid to persuade heads of the social networking website to crack down on abusive users.

The Suddenly I See hitmaker has publicly backed a campaign started by British writer Caitlin Moran, who is calling for Twitter users to boycott the website for a day on 4 August (13) to protest against the rise of online bullying on the site.

Tunstall is adamant something needs to be done about abuse on the website, and she is urging others to follow Moran's lead.

In a post on her Twitter.com page, Tunstall writes, "Following Caitlin Moran's lead to leave Twitter for 24 hrs (sic) this Sunday. I (love) Twitter, but abhorrent abuse needs to end."

The singer also posted a link to a blog about cases of online abuse on Twitter.

The news comes just days after editors of Britain's GQ magazine went public with hundreds of abusive tweets they received from One Direction fans over the publication of an article on the band. The nasty messages included violent and explicit language, as well as threats to bomb the magazine's offices.

KT Tunstall "self-sabotaged" her own career.