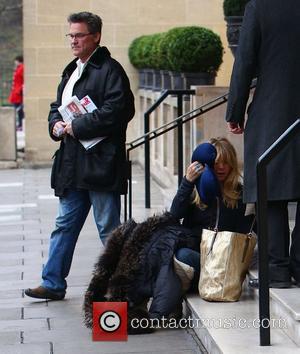 It’s a big day for Kurt Russell – the Hollywood star turns 60 on Thursday (17Mar11).
The birthday boy was born on St. Patrick’s Day in 1951 and by the tender age of 10, he had landed his first acting job, making his big screen debut in The Absent-Minded Professor.
One of the few child stars to carve out a lasting and successful career, Russell has been in over 40 movies in the past four decades.
And there’ll be another milestone for Kurt in May (11) - his partner Goldie Hawn's daughter Kate Hudson is due to welcome her second child!
To kick off the celebrations, WENN has compiled 10 fascinating facts about the star:
- He impressed Walt Disney as a youngster and landed a 10-year contract with the movie mogul’s studio, before shedding his wholesome image to become an action star.
- Kurt played professional baseball until a shoulder injury forced him to retire from the sport in 1973.
- He’s had plenty of links to Elvis Presley throughout his life - as a young boy, he kicked the King in the shin in 1963’s It Happened at the World Fair. And 16 years later, he was nominated for an Emmy Award for playing the singer in the 1979 Tv biopic, Elvis. He reprised that role when he provided Presley’s voice in Forrest Gump. And in 2001, he played an Elvis impersonator in 3000 Miles to Graceland.
- Kurt’s dad was also an actor - Bing Russell is best known for playing Deputy Clem Foster on Bonanza.
- Kurt tried out to play Han Solo in Star Wars but lost the role to Harrison Ford.
- In 1968, he starred in The One and Only, Genuine, Original Family Band with his future partner, Goldie Hawn.
- Kurt married his Elvis co-star Season Hubley but they divorced in 1983, when he reconnected with Hawn. He’s been with the Private Benjamin star ever since.
- Hawn’s kids with Bill Hudson, Oliver and Kate Hudson, consider Kurt to be their dad since he raised them.
- He received a Golden Globe nomination in 1983 for Silkwood, but lost to Terms of Endearment star Jack Nicholson.
- Kurt has cemented his status as a cult hero with roles in fan favourites like Death Proof, Escape From New York and Big Trouble In Little China.